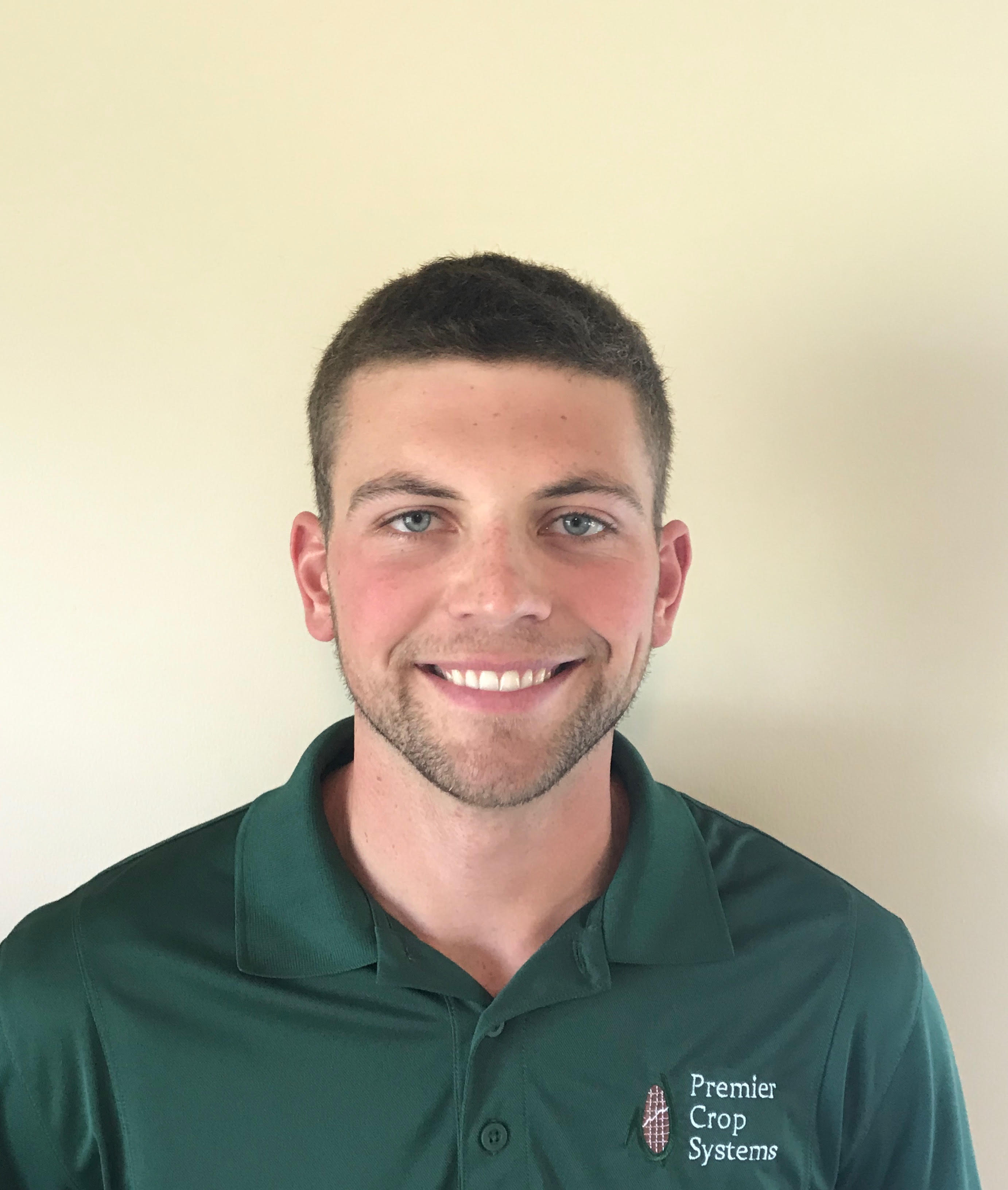 If you’re like me and live in a rural area where you have a septic system to get rid of waste from your house by using a lateral field you probably wonder why you see thick green stripes of grass in your yard that you have to mow twice a week right next to brown and burned up grass that you have to mow every other week in the dead heat of the summer. This is a fairly elementary example, but it applies to what we do at Premier Crop Systems very well, but on a much smaller scale.

So, what is it about these thick green stripes that make them look and perform this way? Is it the higher availability of moisture? Or maybe it could be organic matter or other nutrients in the soil? It is tough to tell for sure without a proper soil test in this area but there is one thing we know for sure. There are one or more underlying factors that are making this particular part of the yard perform this way. It is really easy to tell that if you were wanting to make money on how much your yard produced, your input dollars are best spent on these thick green stripes where you have a greater ROI. This same concept applies to your own fields. You see it every year in the combine. There are parts of your fields that consistently year after year outperform the field average and on the other end of the spectrum there are parts of the field that consistently produce well below the field average. This shows that variability in your fields is real, so how are you going to manage this variability? We do this by using variable rate prescriptions to drive down your breakeven cost/bushel at the sub-field level. Below you will see an example of a field that had variable rate fertilizer and planting applied to it. As you can see, we invested $33.24/acre more into the A zone (thick green stripe area of your yard) of the field versus the C zone (brown and burned up area of your yard) of the field but were still able to lower our breakeven cost/bushel by $0.37/bushel. 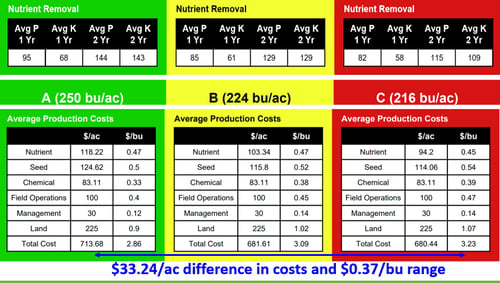 Now imagine if you took the same amount of fertilizer and seeds applied to the B zone and applied it to the A and C zones. What would happen is you would be under applying inputs to your A zone where you have a higher yield potential and over applying to the C zone where the yield potential is not as great. In this scenario, with a flat rate application your cost/bushel in each zone would be substantially larger. I don’t know about you, but if I was a farmer myself, I would love to lower my breakeven cost/bushel by $0.37 across every one of my acres.

If you are struggling with the concept of variable rate, simply look out your window at your yard and you can get a good grasp on why you should use variable rate prescriptions to invest more or less input dollars in different areas of your fields. At Premier Crop we close the loop on variable rate applications by tying the agronomics with the economics. We prove that it pays and can ultimately have a positive impact on your bottom line.