"In tough years, it's even more important to manage your inputs and to maximize profit. Way too often, I hear people want to maximize yield and, obviously, the more bushels you have, the more you have to sell. But if it costs you too much to raise, you might not have increased your profitability by increasing yield." – Eric Marchand, Britt, IA 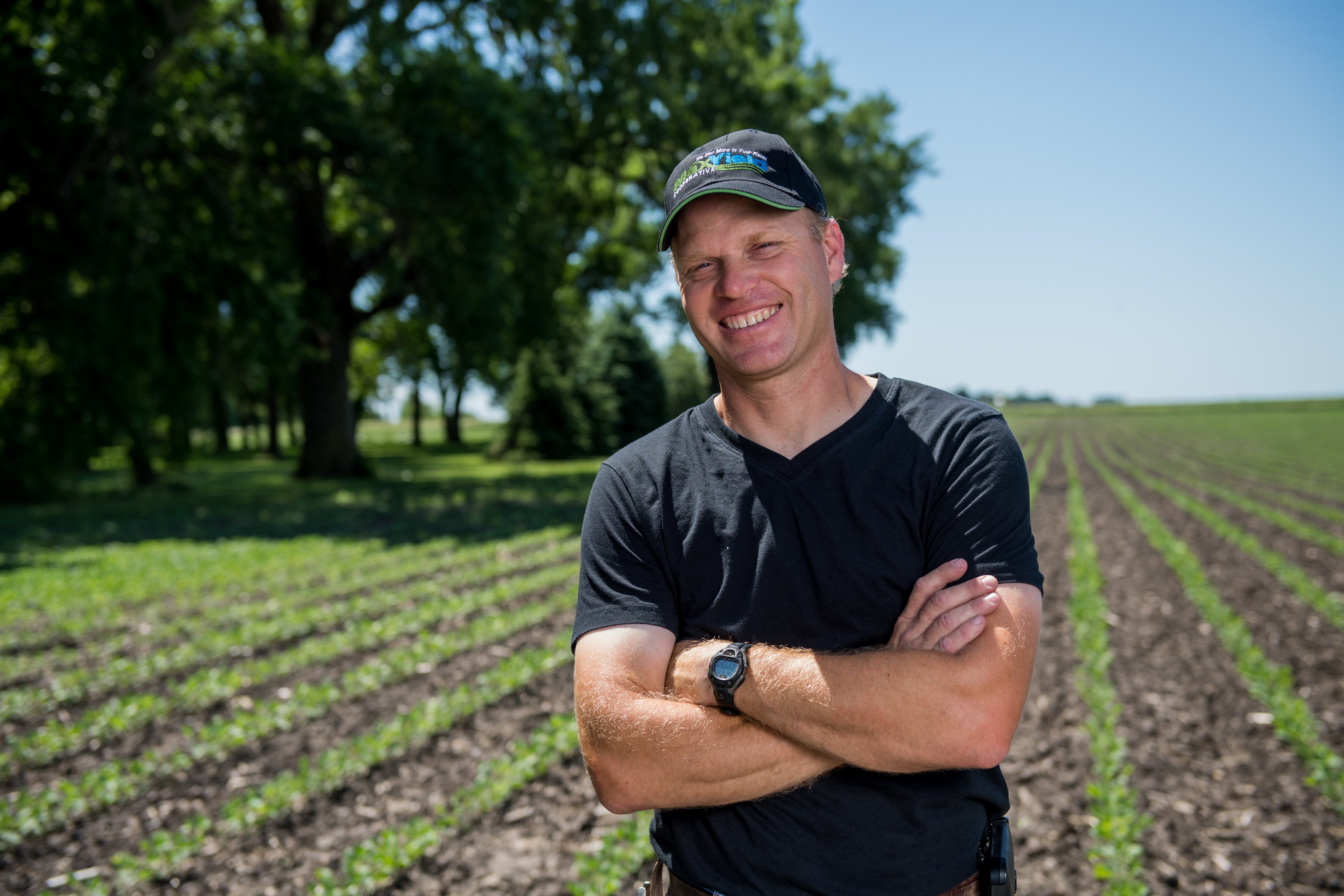 ERIC MARCHAND: Well, when you can take your farm and break it down, you can see where the profit robbing issues are. You can try to correct them or combat them with different hybrids, different nitrogen rates, different fertilizer responses and variable rate planting in certain areas. SciMax compiles the data from other growers in the area, then helps find different practices that are working versus what isn’t working so you can not only see your farm operation but see what others are doing anonymously. This way you can manage each acre slightly different to maximize your profitability on each acre.

RODNEY LEGLEITER: How do you manage input costs to protect profits?

ERIC MARCHAND: It’s about having the right population of the right hybrid on each acre in each area of the field, as well as optimizing your nitrogen rate, your micronutrients, and even your P and K rates. Going clear back to the basic as-planted map and overlaying that with your yield mapping, you can determine your profitability by field, acre and hybrid.

RODNEY LEGLEITER: Talking about variable rate, you've been variable rate seeding for quite a few years. Tell us the timeline and history of how you’ve been using variable rate prescriptions and seeding.

ERIC MARCHAND: In 2013 I purchased hydraulic drives on my planter and knew I could variable rate. Since I had the technology available to me, I tried a little bit of corn in a field or two each year. I broadened that into trying a field of beans based on pH and adding four more corn acres. It went to having a prescription written for every acre of corn and beans that I plan to plant each year. I believe variable rate really pays off in optimizing your population. I wouldn't say you're cutting back in the less productive acres. You are cutting back your population, but you're optimizing your population more than just cutting it back to save seed. Cutting back saves the seed cost, but it also allows the best population on that acre to produce the best yield. Saving input cost, as well as increased yield for return, is a double-ended benefit.

RODNEY LEGLEITER: There's a misconception that you're going to cut your seeding costs drastically, but that's really not the case when you’ve pretty much got the same average rate across the field.

ERIC MARCHAND: You're right. If you decide the ballpark of what you would flat rate that field by seed, once your prescriptions are written, most of the time you're within one bag. So you're not cutting back seed. You're taking it out of the less productive areas and putting it in the higher producing areas. You’re trying to be a little more offensive in the good ground and a little bit more conservative to optimize the situation in the less productive ground.

ERIC MARCHAND: Yes, definitely. With the variable rate single application or dual applications, you can cut your rates back. I used Learning Blocks® to test different rates to see if there was a yield drag where the nitrogen rates were cut. To start, I used learning blocks as a convincing agent, especially with variable rate nitrogen. For too long, guys have thought if I pump more nitrogen out there, I'll get more yield. And then, you see some of the data that SciMax has shown with reducing nitrogen rates, and it really challenges the comfort zone of the ‘old-time-thinking’ and wanting to dump more nitrogen. We wanted to see for ourselves, so we put a learning block out that used my old nitrogen rate and a higher rate. When we got our yield maps and lay over the nitrogen rate learning block we saw little to no change, even sometimes a negative response on the higher rate. It builds confidence to make the decision for the right rates next year. And it’s not only nitrogen, you can start analyzing nitrogen rates to planting population to micronutrients and fungicides. Instead of doing strips where your ground might vary across a field, do a section where you see if what you’re doing really matters. You can start to ask the questions, ‘What if I went and did that? Would I have had the same results anyway? Did I just get a banner year and get a good yield out there? Or did I do the right thing by pushing the population or by cutting the population back?’ The Learning Block tells you changing this did work or, in some instances, maybe changing this didn't work. But it's not a test plot from a hundred miles away. It's your learning block right there in your own field.

RODNEY LEGLEITER: The farm economy is being impacted, more so in some areas than others. Tell me a little bit about your thought of the farm economy and what you're seeing, how it's affecting you and what keeps you up at night, as far as the current farming economy?

ERIC MARCHAND: In tough economic years, it's even more important to manage your inputs and to maximize profit. Way too often, I hear people want to maximize yield and, obviously, the more bushels you have, the more you have to sell. But if they cost you too much to raise, you might not have increased your profitability by increasing yield. I’m proud to say I have a good partner in SciMax by managing input costs and maximizing profitability.